Proposition 57 – How We Got Here – And How We Go Forward 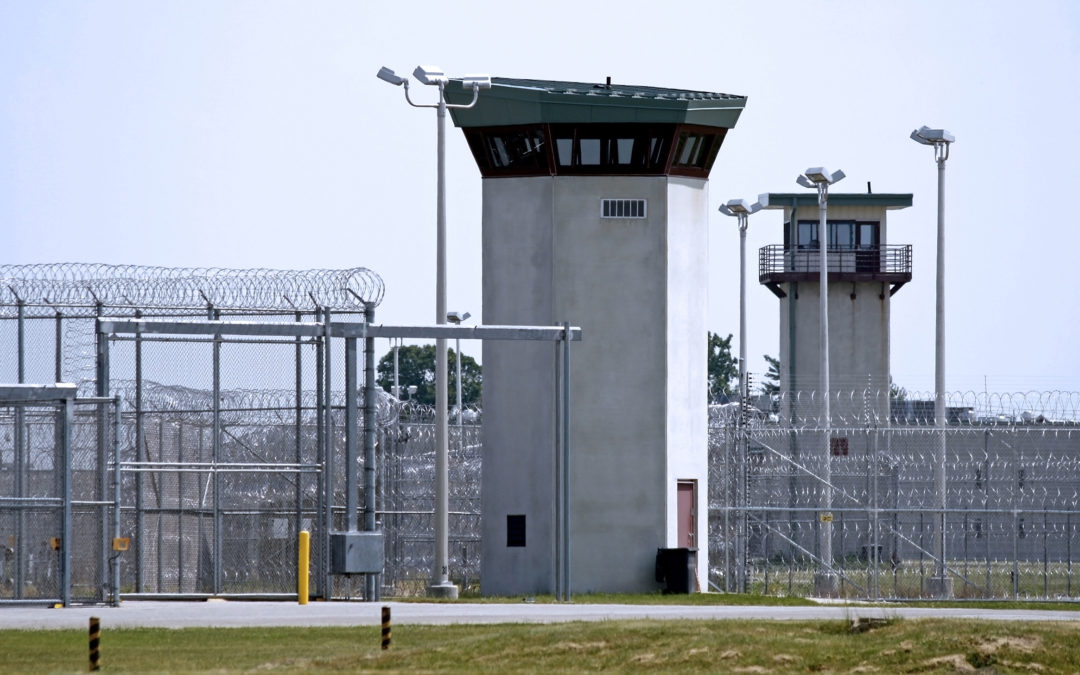 There was an election this month!

This article is about Proposition 57, but because there were a few other propositions that deal with California Budget Issues, I have included a short summary of those as well. We begin with the background for why Proposition 57 was needed, and then explain how the new rules for Parole Eligibility work.

Proposition 51 authorized the State of California to take on about 9 Billion Dollars in debt (through the sale of bonds) and to use that money to build schools. There aren’t any real changes to the law in this one, it’s a run of the mill school spending measure.

A little background is necessary to understand this one. The State of California has an annual budget of over 100 Billion Dollars. The State uses all of that. All of it. We do not save money. In fact, we regularly take on new debt, the payment of which then becomes an expense in the new budget. Proposition 53 made it so that the State of California cannot approve more than 3 Billion Dollars in debt for any single project without voter approval. This proposition really shouldn’t have passed. It seems like a good idea in principle, but it is plagued by numerous problems in execution. To start with there will almost certainly be litigation over the question of what a “single project” means. Construction companies are going to have a field day making up small projects that just happen to modularly fit together into larger goals. The next problem is that the process is slow, and if it needs to sped up, costly. There is the very real possibility that emergency spending of more than 3 Billion Dollars might one day be necessary for the event of a natural disaster. We can’t do that now unless we get “Proposition X – The Earthquake Fixer Bill” passed by popular vote. Even in non-emergencies, it will slow down the already snail’s pace that the California Legislature moves. It’s not that big a deal, however, and the particulars aren’t that interesting. What is of note, is that the last time that the State Of California put out a Prison Building Bond (in other words the last time we borrowed money to build prisons) was in 2007, and the bond amount, passed by the Legislature, it was over 7 billion dollars. Proposition 53 means that if California wants to build more prisons one day that they expense will need to be voted on by proposition.

In the 1980’s and 1990’s California passed a number of so called “touch on crime” laws that massively ratcheted up the sentences that were handed out for a variety of felony offenses. This included California’s “Three Strikes and you’re out” law, and a number of other extremely harsh sentencing add-ons (called special allegations) related to being armed with a weapon during a crime, or committing a crime for the benefit of a criminal street gang. The result of all of these laws was a massive swelling of the California Prison Population.

California’s Prison Population peaked in 2006 at about 162,000 inmates. This was significantly more inmates than the California Department of Corrections and Rehabilitation (The CDCR) was designed to handle. The result was that living conditions in California’s Prisons became inhumanely terrible (even by prison standards).

There were (and are), of course, two ways to go about meeting the Supreme Court’s demand. The State could either increase the capacity for prisoners, or reduce the number of prisoners. Over the last seven years we’ve done a little bit of both.

In 2011 California passed legislation known as “Realignment.” This legislation changed where most inmates would serve out their prison sentences. Prior to 2011 every person convicted of a felony and sentenced to more than one year in custody would serve that time out in the California Prison System under the management of the CDCR. Since Realignment, inmates sentenced to prison after being convicted of crimes that are not defined as being “serious”, or “violent”, or “sex crimes,” and who do not have any prior convictions for any “serious” or “violent” or “sex crime” felonies, now serve out their sentences, regardless of length, at their County Jail. “Realignment” increased the number of available beds in the CDCR.

More recently, and more importantly, California recently passed Proposition 47, which reduced simple possession of narcotics, and all petty thefts, from felonies to misdemeanors. The passage of Prop 47 lead not only to the release of several thousand people from California Prisons, but also ensures that those places will not be clogged up again with a new wave of drug users and petty thieves.

About ten thousand of California’s inmates are currently being housed out of state in Arizona, Oklahoma, and Mississippi. We pay these states a ridiculous amount of money to take care of our inmates.

About twelve thousand more inmates are being held in for-profit privately owned prisons. The cost to do this is outrageous, and the complaints of abuse are constantly mounting.

All of this still hasn’t fixed our state’s overcrowding problem. As of March 2015, the State of California Prisons had about 112,300 inmates, which is 135.8% of our current designed capacity.

Why hasn’t California Built More Prisons in the last 9 years?

As it turns out Prisons are expensive! The South Carolina Department of Corrections put out numbers that show what it costs to build (not run, just build) new prisons.

Add to that the problem that literally no one wants a prison to be built where they live, and many people will fight the State Government tooth and nail to make sure that it doesn’t happen. Add to that the estimated $60,000 -$150,000 dollars (depending on who runs the numbers) it takes to incarcerate each additional prisoner AFTER the new prisons are built.

In 2016 California Spent 10.6 BILLION dollars to run its overcrowded prisons. That’s about 10% of our State Budget. And out State Operating Budget is maxed out. We literally spend more money than we take in. California is in perpetual debt.

So the answer to the question of why we don’t simply “build more prisons” is twofold:

The reason we shouldn’t just “build more prisons” even if we could is because it is bad long-term planning. There is the direct trade-off where we should be spending the money we spend on prisons on schools to make a more educated population (which is the one thing that has been definitively shown to lower the crime rate everywhere the world over). There is also the intangible loss. We don’t get to claim with any kind of dignity that we are the “Land of the free” while locking up a greater percentage of our population than almost any other nation in the world. It has become ABUNDANTLY clear to anyone with eyes to see that our “get tough on crime” idea did not work and is not working.

So what does Proposition 57 do?

Proposition 57 states that “Any person convicted of a nonviolent felony offense and sentenced to state prison shall be eligible for parole consideration after completing the full term for his or her primary offense.”

What is a “nonviolent felony offense?”

Proposition 57 does not define this term because California Law already contains a definition for the term “violent felony” in California Penal Code 667.5(c).

What is, and is not a “Primary Offense?”

Proposition 57 states that: “For purposes of this section only, the full term for the primary offense means the longest term of imprisonment imposed by the court for any offense, excluding the imposition of an enhancement, consecutive sentence, or alternative sentence.”

Let’s take an example to see how this plays out. Say for example that Adam, who is a Crip Gang Member, who has a prior conviction for residential burglary, is walking around the neighborhood with a concealed firearm. Adam finds a spot that he thinks is good for graffiti, and spray-paints “Crips” on the wall.

Using standard California Felony Sentencing we start with the fact that Adam is guilty of being a felon in possession of a firearm, the maximum term of which is three years. He is also guilty of illegally carrying a concealed firearm. This crime by itself would carry a maximum term of 3 years also, but since there is already another felony offense, California adds only “1/3 the mid-term” of any secondary offense, meaning that 8 months is added for this offense. Adam has also committed a felony vandalism (let us assume the damage was more than $400.00 making it a felony). Felony vandalism will also add 8 months to this sentence. We now have a term of 4 years and 4 months… but we aren’t done yet. Adam has a strike prior (residential burglary is a strike offense) and a person with a strike prior gets any future felony sentence doubled. So Adam is now facing 8 years and 8 months… but we aren’t done yet. Adam committed the vandalism while armed with a firearm, which in this case adds a year to his sentence. We are now at 9 years and 8 months… but we aren’t done yet. Adam committed this crime to benefit a criminal street gang (the Crips). The commission of any felony for the benefit of a criminal street gang adds up to four years to the sentence. We, therefore, find ourselves in the position where Adam is facing a prison term of THIRTEEN YEARS AND FOUR MONTHS, for spray-painting a wall. … But we aren’t done yet. You see normally Adam would be able to earn what are called “half- time” credits. Meaning that if he doesn’t cause any problems, and agrees to work helping around the prison, he will be released after half of his sentence is served. Unfortunately for Adam, because he has a strike offense he is required to serve out two-thirds of any sentence. That means that Adam will eligible for Parole… in a little less than 9 years.

With Proposition 57 having been passed, because Adam was not sentenced for any “violent felony” we ignore all of the special enhancements and the consecutive sentences for additional crimes. Adam must serve out the sentence for being a felon in possession of a firearm (any of the felonies in this hypothetical could be the “primary offense” because they all carry the same sentence). Since the length of the sentence is calculated “excluding the imposition of an enhancement, consecutive sentence, or alternative sentence” we ignore the strike prior, we ignore the gun enhancement, we ignore the other two felonies, and Adam, who is now eligible for half-time credits, is eligible for Parole (assuming he causes no problems, and agrees to help around the prison) is 18 months (one half of three years).

This is obviously an extreme example, but it illustrates the point. Our system of “special allegations” was designed to allow prosecutors to pile on sentencing time on a class of criminal thought to be made up of undesirables (“career criminals”). The idea was that this kind of draconian sentencing would serve as a deterrence to criminals. But experience has shown us that this idea was wrong. Proposition 57 is projected to save the State of California TENS OF MILLIONS OF DOLLARS every year. Hopefully, we will put that money to good use funding drug treatment, and education (the things that keep people out of prison).