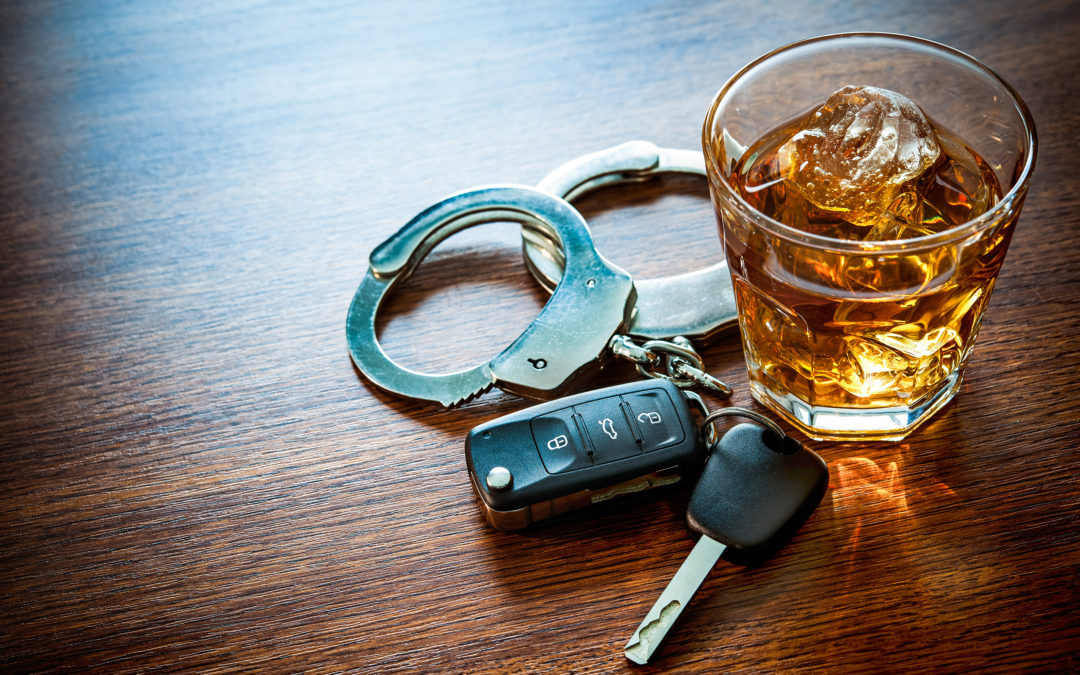 By far the best and most important advice I can give you is to not drink and drive. It IS genuinely dangerous. I have seen enough criminal cases involving fatal crashes to tell you with all my heart that it isn’t worth it. Get a hotel room. Call an Uber. Sleep on the street. DO NOT drink and drive. If you choose to ignore this advice, the further advice below may help keep you out of jail, but it will not help you in the slightest if you mangle yourself in a car wreck.

2. Don’t give the police an excuse to pull you over.

The police, particularly those on patrol around areas with bars and nightclubs, and particularly at night, and particularly just after 2 A.M. (when most bars and clubs close) are looking for an excuse to pull you over. They are fishing for drunk drivers. If you drive too fast or to slow, if you swerve within your lane, if you change lanes without signaling, if you drive with broken taillights, or headlights, or illegally tinted windows, or with anything obstructing your view out of the windshield… you will get pulled over. Conversely if you avoid doing these things, you are more likely to slip past the police.

If you see the flashing lights, know that you are being detained, and know also that the police are looking for certain things that tell them whether or not to arrest you. All police officers in the State of California are taught from a textbook created by a group called NHTSA (The National Highway Traffic Safety Association). NHTSA teaches police officers (correctly) that Alcohol impairs both the human body’s ability to handle fine motor skills, and the human brain’s ability to handle multiple tasks at once (called divided attention tasks). If you are pulled over for suspicion of DUI, the police officer is going to look for a few clues:

Some of these things you can plan for. You should know where you license, registration, and proof of insurance are in your car. If you can have those in your hand when the officer walks up to your car, it will look like you have yourself together. The worst thing you can be seen to be doing is fumbling around in your car dropping things while the officer asks you questions.

IF YOU ARE STONE SOBER:

Talk. A Lot. There is no better way to convince the police that you are not drunk than to be able to talk without slurring your words, getting confused, or smelling like alcohol. Talk up a storm and you are probably going to get sent on your way fairly quickly.

If you aren’t immediately released, give complete answers to any questions the officer asks and immediately suggest that the officer give you a PAS (Preliminary Alcohol Screening) breath test.

IF YOU ARE NOT SO MUCH STONE SOBER:

If the police officer decides that he thinks you are drunk driving, they may ask you to perform what are called Field Sobriety Tests, or FSTs. Don’t. FSTs are a bad joke. Field Sobriety Tests have absolutely no real life evidentiary value in telling whether or not a person is intoxicated, but they give the police a thousand little nitpicky things to tell jurors that you did wrong. FSTs are voluntary. Refuse to do them. I would refuse to do FST tests even if I hadn’t had anything to drink in a month. I have literally NEVER seen a police report where an officer admitted that a defendant did FSTs correctly, including the several cases where the blood alcohol content comes back at ZERO PERCENT later. The police are asking you to give them fake evidence to use against you. Politely refuse. Let the officer know that you don’t believe that any of their tests are valid indications of sobriety and that you will not perform parlor tricks for them. In reality the officer made his decision on whether or not to arrest you when he watched you get out of the car. The police CAN order you to get out of the car, and you MUST comply. They CANNOT, however, order you to complete field sobriety tests.

The Officer may ask you to take what is called a PAS (Preliminary Alcohol Screening) breath test. As long as you are not under arrest, you have the right to refuse to take any kind of test, and if you are not completely sober… you probably should.

If you are arrested the police officer will tell you that you now (because you have been arrested for suspicion of driving under the influence) are required to take either a blood or breath test. If you refuse to take any type of test at this point the police will need to get a warrant to do a forced blood draw on you. This may be a good tactical decision in certain extreme cases (see “falling BAC” below) HOWEVER, refusing to give a legally required test (and making the police get a warrant) is illegal, and is grounds for your license being suspended. It can also be used at your trial to show that you were probably guilty and were trying to hide evidence.

If you decide to submit to a test, you much choose either a blood or breath test. There are advantages and disadvantages of each.

Breath Test – Is easy, and is somewhat inaccurate, giving your attorney something to argue at trial if your test results are near the legal limit (.08-.10).

Blood Test – Requires that a phlebotomist (a person certified to draw blood) be called out to the police station, and that you get stuck in the arm in order to give blood. The blood test is more accurate than the breath test. This type of test will also save enough blood that your attorney will be able to retest the blood to see if the crime lab made a mistake. It is rare that the crime lab make mistakes, but I have seen differences of up to .02 percent when blood is retested.

Keep in mind that time may, or may not, be on your side. If you have just finished drinking before being pulled over, the alcohol you consumed may still be making its way into your blood stream, and the longer you wait to take your test (blood tests will take longer) the higher your blood alcohol may be (this is called rising BAC). On the other hand if you stopped drinking more than an hour before being stopped, your blood is probably in the process of cleaning itself, and the longer you wait the lower your blood alcohol may be (this is called falling BAC).

5. Don’t admit to things that the officer can’t prove.

In the vast majority of DUI cases, the police officer sees the defendant driving the car. In the rare case where this doesn’t happen, however, you shouldn’t confess to things that the prosecutor may have trouble proving at trial. I have successfully defended multiple clients who were clearly intoxicated, because the jury found that there wasn’t proof beyond a reasonable doubt that they had driven a vehicle. This may because someone else was driving, or because they had parked the car before they started drinking somewhere else.

Remember, you are literally NEVER required to communicate with a police officer more than to give the officer your Driver’s License, your proof of insurance, and your proof of vehicle registration. You are not legally required to say a single word. AND, (this is important) the fact that you refuse to answer the police officers questions cannot be used against you at your trial.

There are times when the best tactic is be to do exactly this. You will probably be arrested, but you may save yourself from being convicted of a crime.

Next month we will discuss DUI checkpoints, and how to successfully navigate them, and litigate their illegality should you be arrested at one.