On the Lighter Side 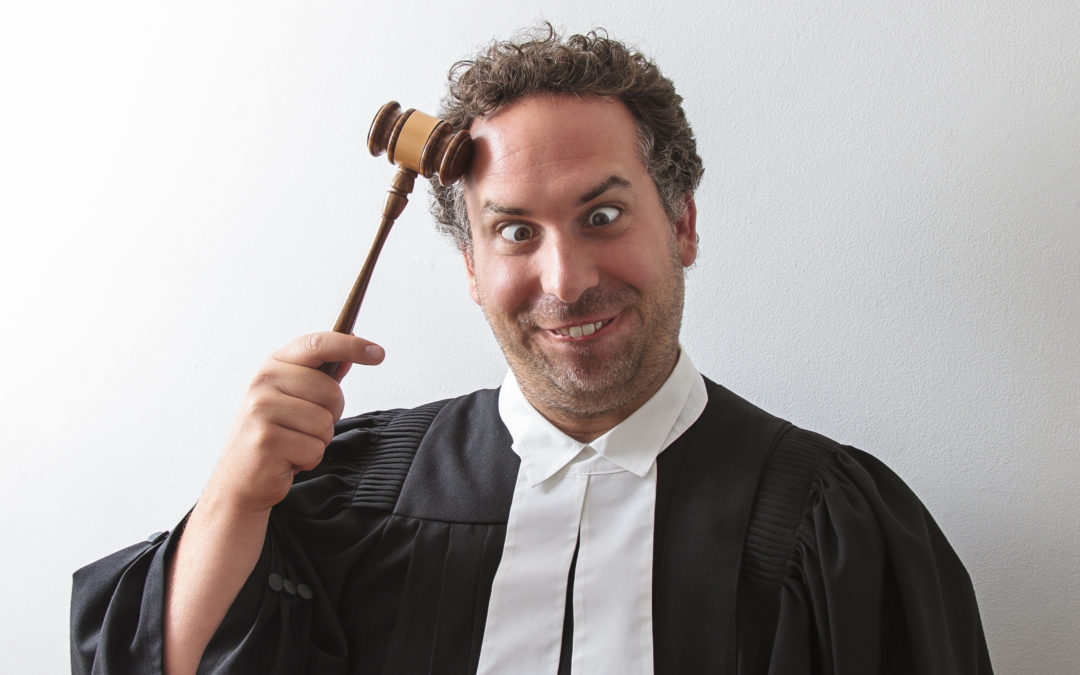 I’ve decided to lighten the mood a bit with some strange legal facts and a few of my favorite lawyer jokes.

Strange Legal Fact #1 – There is no criminal law that says that you need to pay your taxes.

Does that mean that nothing will happen if you file your taxes and never pay the IRS? Sadly no. The United States Internal Revenue Service is the single largest and most powerful collection agency ever to have existed. If you don’t hand your money to the tax man willingly, they will come and get it.

The IRS can steal your car, your house, your bank accounts and even your personal belongings. If you work for someone else, they can also legally compel them to steal part of your paycheck and send it to them each month. They can do all this legally, without even the need for a court order, and they have an ARMY with which to make that happen. The Secret Service guys who protect the President and other high profile potential targets? They work for the Department of the Treasury. The IRS isn’t all just nerdy guys with calculators and pocket protectors.

Can you make the IRS go through all that work before they can take your money? Yes. Should you? Probably not. Beyond the moral issue of having an obligation to contribute to your society, there is the very practical reality that the IRS will charge you exorbitant fines and fees for failing to pay your taxes on time and making them come after you.

You could try hiding your money or owning property under a false name… but ooohhh, that IS A CRIME. That would be committing fraud. Fraud against the United States Government. Not a good idea.

So unless you want to live out your life never owning any property with a title, holding a job, or opening a bank account, you probably need to keep paying what the IRS decides you owe… But it still isn’t a crime not to.

Strange Legal Fact #2 – In the Bemba tribe of southern Africa, when someone breaks a minor law, they take the person to the center of the town where the entire tribe comes and surrounds them. For two days they tell him every good thing he has ever done, because they believe that every person comes into the world as good. This is an interesting departure from the American model of penology which is focused on inflicting suffering on people who break the law.

Strange Legal Fact #3 – Mr. Miranda of the famed case Miranda v. Arizona, which set up the Miranda warnings given to suspects (you have the right to remain silent, etc.), died several years later in a bar fight. The person who stabbed him to death was arrested and read his Miranda Rights.

Q: Why did New Jersey get all the toxic waste and California all the lawyers?
A: New Jersey got to pick first.

Rising to power by working against the various unpopular prohibitions of their times, Al Capone and Pablo Escobar were two of the most financially successful businessmen in history. Al Capone earned $105m per year from alcohol and rackets during the Prohibition era. Today, this would be equivalent to $1.4b per year. At the height of his career Colombian drug lord Pablo Escobar made ten times that much money. In fact, Pablo Escobar made so much money selling cocaine to Americans that he was forced to spend thousands of dollars every month just on rubber bands to bundle up his stacks of cash. Escobar lost tens of thousands of dollars over the years… to rats who would eat his money. On the flip side, Al Capone died in jail at the age of 48, and Pablo Escobar was shot to death by police at the age of 44.

NASA was interviewing professionals to be sent to Mars. Only one could go and couldn’t return to Earth. The first applicant, an engineer, was asked how much he wanted to be paid for going. “A million dollars,” he answered, “because I want to donate it to M.I.T.”
The next applicant, a doctor, was asked the same question. He asked for $2 million. “I want to give a million to my family,” he explained, “and leave the other million for the advancement of medical research.” The last applicant was a lawyer. When asked how much money he wanted, he whispered in the interviewer’s ear, “Three million dollars.” “Why so much more than the others?” asked the interviewer. The lawyer replied, “If you give me $3 million, I’ll give you $1 million, I’ll keep $1 million, and we’ll send the engineer to Mars.”

The New Hampshire state motto of “Live Free or Die” is stamped on their license plates by prisoners housed in their Concord prison facility.

Q: How do you tell if it’s REALLY cold outside?

A: A lawyer has his hands in his own pockets.

The term “insanity” has no medical meaning. It is entirely a legal term, meaning the state of mental illness where a person is unable to understand the morality of their actions.

Q: What do lawyers and bullfrogs have in common?
A: Both have a big head that consists mainly of mouth.

The term “devil’s advocate” comes from the Roman Catholic Church. When deciding if someone should be sainted, a devil’s advocate is appointed to speak against bestowing the sainthood upon the nominee.

As the lawyer woke up after surgery, he said” “Why are all the blinds drawn?”

The doctor answered: “There’s a big fire across the street, and we didn’t want you to think the operation was a failure.”

Lizzie Borden was found not guilty after a jury trial.

Q: How many lawyers does it take to change a light bulb?
A1: How many can you afford?