Body Cameras, and Why We Should Require Police Officers to Wear Them 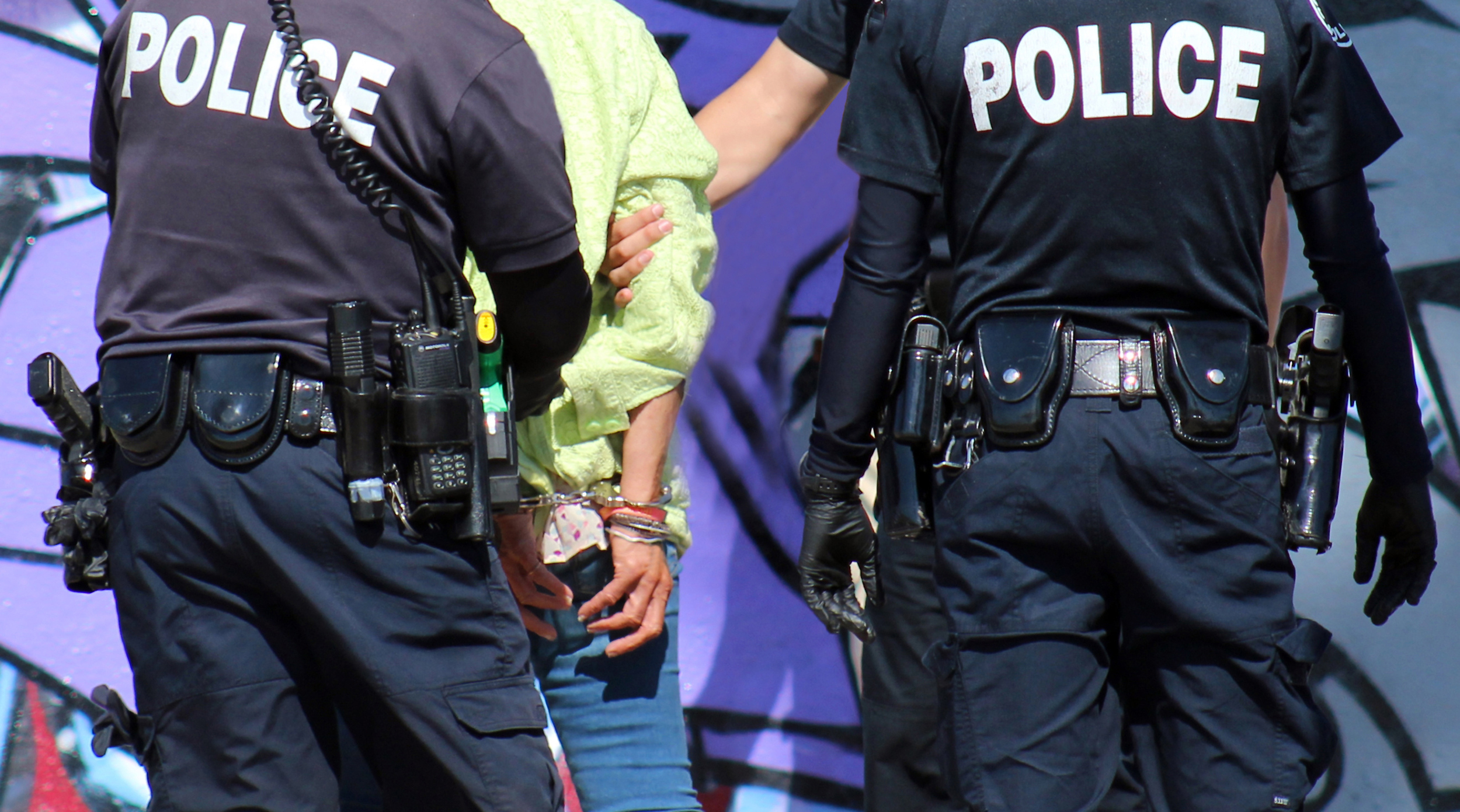 Having spent years in the Criminal Courts I can say a few things with certainly. One of the things I can tell you without any doubt in my mind is that defendants lie. I know, this is a shocking thing to hear from a Defense Attorney, but it’s true.

I can tell you also that to a (somewhat) lesser degree, police officers also lie. I can tell you that without any doubt in my mind because I’ve been able to prove it on multiple occasions. Some of those occasions came when I was a prosecutor (see my blog on “My Story” for a few examples) and other occasions have come in the many years I’ve since spent defending people accused of crimes.

Here is the Million Dollar Question that leads to more police corruption, and more false convictions, than any other single factor in the entire system of criminal justice, in California, in the United States, and probably worldwide:

“If there is no other evidence, who is the judge and jury to believe, the police officer… or the defendant?”

The answer for all judges, and with very few exceptions pretty much all juries, is that the police officer is the one who is going to be believed.

Why is this? The honest answer is that because most of the time it is the police officer who deserves to be believed. Most of the time they are the one telling the truth. Every Criminal Defendant has a motive to lie. That doesn’t mean that all criminal defendants are lying, or that we should assume that they are, but it is a fact that any reasonable person will consider when deciding who to believe.

Do some police officers also have a motive to lie? Certainly, they do. But those motives are often less strong, and always less obvious than the desire to get themselves out of jail.

What are a few of the motives that the police have to lie?

So we know that police officer lie, but we also know that Defendants lie even more often. What can you do, right? In response to this question, we have been making the same decision for generations and generations, and that decision is to go with the odds. Yes, the police officer might be lying, but the odds are he isn’t, so we are going to assume that he is telling the truth.

NO. THAT IS NOT THE ONLY SOLUTION!, and YES THERE IS SOMETHING ELSE THAT WE CAN AND SHOULD DO.

Until a few years ago there really were no other options than the ones given above. You either trusted the police or your justice system fell into anarchy.

Today, with modern technology being what it is, those two polar opposing choices are no longer our only choices.

I asked you earlier to assume that you needed to make a choice, either you trust the police officer, or you trust the defendant, every time. What do you choose? But let’s add to that oversimplified hypothetical. Say, theoretically, that one side of the conflict, had the choice to have the interaction in question recorded on video.

Does that addition to the hypothetical affect your answer, or at least the strength of your conviction in that answer? I think it should. Ask yourself why one side to a dispute, knowing that there would be a dispute, would choose not to preserve a perfect record of everything that happened? If you can think of a single good reason, you have more imagination than I do, because I don’t see any. The only reason I can think of for one party to a conflict to not record it, is the fear that the recording will show them to be in the wrong.

The majority of Police Departments (and every single prison and jail that I am aware of) all across America make the choice described above every day.

Video recording devices are not cost prohibitive to law enforcement. Type “body camera” or “wearable camera” into an internet search engine. (Really, do it, I’ll wait). … If you saw what I’m seeing, you saw about a dozen different options costing less than $200 a piece, and some for as little as 50 bucks. That’s the price to an internet consumer who wants to buy ONE. You might imagine that a police force who buys a few dozen (such as those found in Tulare County) or a few hundred (such as those in Fresno or other larger counties) or a few thousand, such as would be the case in Los Angeles, San Francisco, San Diego, etc. would get a substantial discount.

Body cameras are good for good cops: I can only imagine the frustration of being a good cop who is constantly accused of being a bad cop. To do things right, day after day, and to be constantly accused of planting evidence, and using excessive force, and lying about what the defendant said to you must be terrible. In part is must be terrible because you know that over time people start to wonder just how many of those claims against you can really be bogus. When people throw dirt at you, some of it is bound to stick.

Rejoice good cops! We have a solution to this problem. The next time the defendant accuses you of lying or roughing them up for no reason, you can play the videotape of exactly what happened and prove to everyone that you really are the good guy.

Body cameras keep good cops from becoming bad cops: As I’ve said above, there are times when police officers who are basically decent people decide to lie because they feel the situation justifies it. These are not bad people, but they are doing a bad thing that simply cannot be tolerated. When cops lie, innocent people get convicted, and guilty people go free. Body cameras mean that every police officer knows they don’t have the option to nudge over to the dark side. Video evidence means keeping everyone honest. This is a good thing.

This is bad. Very bad. It almost cannot be overstated how bad this is. Law enforcement needs the cooperation of the citizenry to do their job well. Police need witnesses to come forward. They need victims to call for help. They need for people to not scatter whenever they appear. If these simple things cannot be achieved then the police cease to be the “protectors and servants” of “the people” and instead become an occupying army.

How then can more cameras be a good thing? Because, and we should never forget this fact, most police officers are good guys doing good work. Video evidence is not just capable of dispelling accusations of wrongdoing; it is capable of highlighting the truly good and heroic deeds that police officers perform far more often. Police Departments across America are starting to understand this. Many of them have formed their own social media pages, and some have even gone as far as to hire Public Relations Firms, and to issue press released highlighting some of their officers who have gone above and beyond to help people. This is good, but it is also ham-fisted and easily subject to criticism by a citizenry that is justifiably suspect of police state propaganda. These stories, or at least all of the media material surrounding them, are staged, and it shows. On the other hand, if there was a complete record of everything that the police did on the job, and that record was subject (with extremely limited exception) to public review, without a filter, the truth would simply become apparent.

Police officers and other law enforcement personnel, let me ask you a simple question; Do you think that if people knew the truth that they would be on your side? If the answer is no, then you need to be fired. If the answer is yes (and I think that it usually is) then the video camera is your friend. Body Cameras are bad for Criminals (which is good the rest of us).

Police Officers are not machines. Their ability to see and remember is necessarily flawed by the limitations inherent to humankind. This means that every time a police officer doesn’t record an event, evidence is being lost. Is that important? That depends on how much you care about convicting guilty people.

There is a related issue that should be mentioned along with this discussion of police body cameras, and that is stationary cameras is jails and prisons.

Why should we want for there to be video footage of the inside of jails and prisons? The first and foremost reason is that they are cesspools of law breaking. Prisoners are raped and assaulted, and murdered, at sickening rates in the United States. Everyone agrees this is a problem. There is also a ridiculous quantity of illegal narcotics that “somehow” find their way into the jails and prisons.

There is absolutely no good reason that cameras should not blanket cover every square inch of every jail and prison in America. Courts have repeatedly ruled that prisoners have no right to privacy, so this isn’t an issue. But it’s not the prisoners who are making sure that the jails and prisons don’t have wall to wall cameras… it’s the guards, and particularly the Corrections Officer’s Unions.

What are these Corrections Officers trying to hide? The answer is obvious and troubling. As I write this blog post, there has recently been yet another breaking news story about prison guards holding “gladiator style fights” between prisoners for profit (gambling) and sadistic amusement. The answer to how all the illegal narcotics are getting into the prisons and jails is equally obvious and troubling. Visitors to jails are searched. Mail? Searched. Incoming prisoners? Strip-searched. The only thing coming into the prison that IS NOT SEARCHED? The employees.

In yet another false choice society is continually told: “Yes, prisons and jails are bad, but what can we do? Should we just let people out?” Well, yes, many of the people in our prisons and jails should be let out. But more importantly, we should do the minimal work to ensure that there is some accountability for how our prisons are run by creating video evidence of what is really going on in there.

The age of society having to shrug our collective shoulders over accusations of police and corrections abuses is over. We are choosing, every day that we fail to pass legislation mandating the use of video cameras, to allow those abuses to go on; not because we need to, but because we simply don’t give enough of a damn to stop them.

So what should we do?